First of all, if you have never been to Wynwood, GO. It’s gorgeous. Blocks and blocks of fantastic street art. 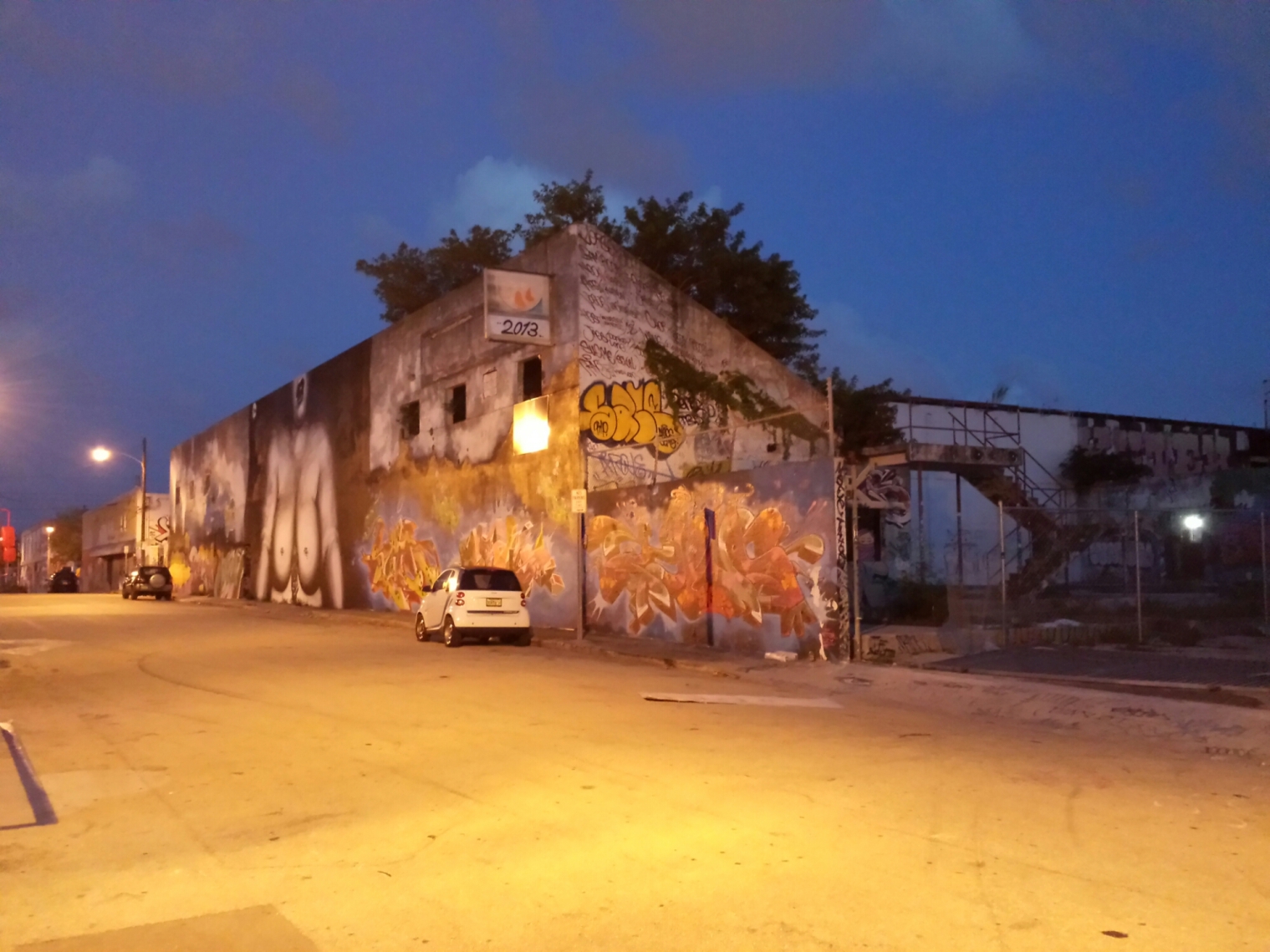 And Wynwood is home to the ever-so aptly named Wynwood Brewery. A Puerto Rican-family owned business, Wynwood Brewery has been made their home brewing a fantastic line of South Florida-inspired beers in this former garment factory turned arts district in midtown Miami. 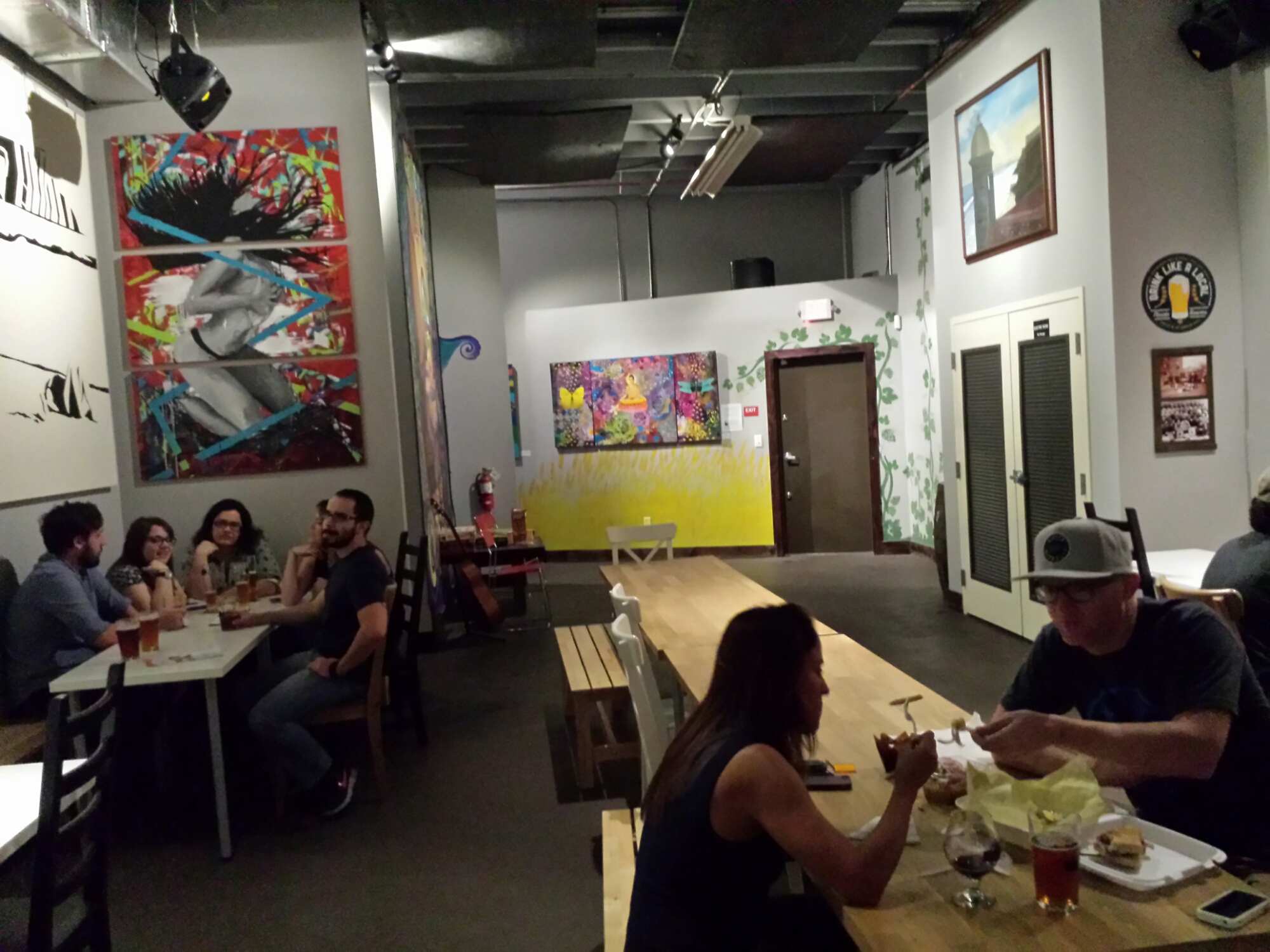 Their tap room is no frills and eclectic art gallery all at once. It’s a good vibe. And the beers? 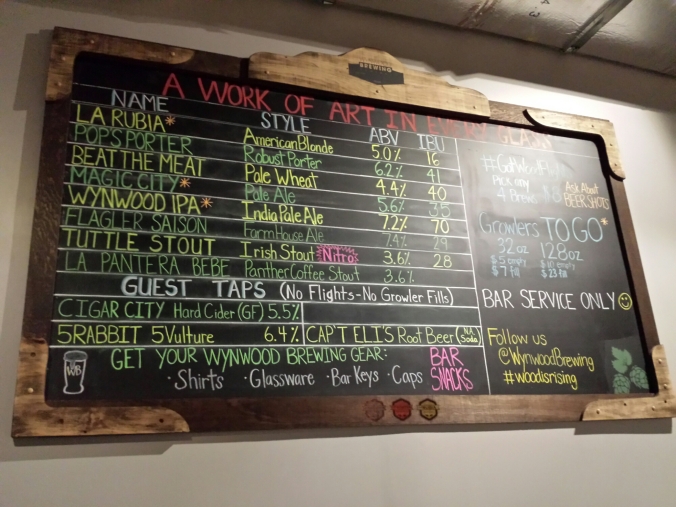 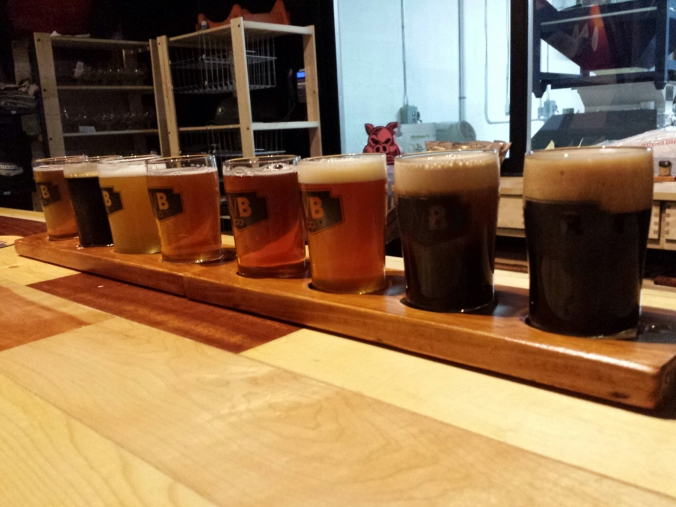 Not pictured: the bacon rice krispy treat from Miami Smokers. Even the bar snacks rule here.

The beers are good. I will say that most of them tend to be hoppy, but there are some standouts that are simply incredible. So, what did they have on tap?

Beat the Meat – Pale Wheat (rhymes!). A wheat beer, but they dry hop it. I love wheat beers, but I’ve never been a fan of dry hopping, and so this did not end up being my favorite.

Wynwood IPA – Happily, this is more along the lines of an English IPA, so the hoppiness is nowhere near as biting.
(Bonus points for these next two for using local history for their names. I’ve always been a sucker for that.)

Flagler Saison – I’ve been enjoying the sharp, spiky flavors of saisons recently (it’s about the time for them to come out). Flagler is a great example of one. It’s got the highest alcohol content of the beers, but it doesn’t seem like it too much. It’s a good drink.

Tuttle Stout – This is one of my two favorite beers on tap right now, and it’s on a nitro tap, too. Always makes a stout better, and this stout is no different. So incredibly smooth and flavorful, and it lingers on the mouth delightfully. Wynwood Brewing calls their beers a work of art – This one’s a masterpiece.

La Pantera Bebe – And this one’s even better. This beer’s a coffee stout collaboration with Panther Coffee, literally down the street from the brewery. In fact, Panther Coffee runs a tap just for this beer. This is far and away the best coffee stout I’ve ever had. The roast they use is the sweetest, most robust, and flavorful, lending an incredible character to the beer. I think this is my favorite from Wynwood.

There you have it. It’s worth the drive to check them out. They are brewing up new stuff all the time, so it’s always worth a glance to see what’s new with them.