I love the beach. And being in South Florida has its benefits, since pretty much everywhere is close to the beach. But having freshly brewed craft beer right by the beach? Never thought I would see that. 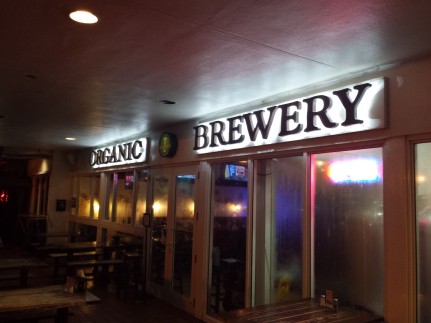 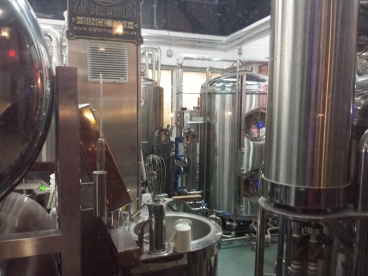 There’s a pretty good amount of brewing equipment available at the restaurant, but they only carry four standard beers. I haven’t been able to get a lot of information about other beers they may have. 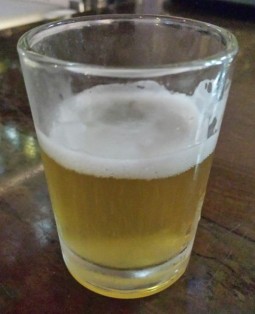 Usually I don’t like pilsners because I find them bland and flavorless. Their German Pilsner, however, has that light crispness, but with a good light, almost fruity flavor. It’s not as far as a hefeweizen (that comes later), but it’s a good smooth maltiness.

The Hollywood Wheat is your classic hefeweizen. light, malty, fruity, and with almost a bubblegum aftertaste for me. Sweet, light, and really good.

Their Belgian Ale is both different and excellent. Most Belgians tend to be a big, strong, explosion of malty flavor. They also tend to be a little on the rough side, lacking the smoothness that, say, a porter would have. This one, however, is smooth as butter. It’s got that great Belgian beer malt taste, and goes down really easy. 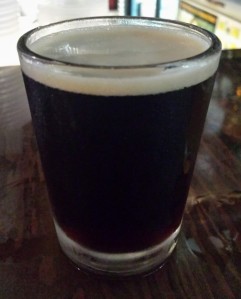 Their Imperial Stout, Russian Knight, is a bit of an anomaly, too. Most stouts that I’ve had are smooth, and this one is, for certain. But whereas most Imperial Stouts are heavy, insanely dark, and very bitter, this one was clean, smooth, lighter, and had an interesting tang to it. Like a slight fruity tang. It almost feels like they brewed an imperial stout with a hefeweizen yeast.

Hollywood Organic Brewery is one of a rare few breweries I’ve seen that will sell their beers in the classic liter steins. Yes, you can buy the steins, and a lot of good quality logo glasses, too. Plus they’re set up with a growler machine for 32 oz growlers and the 128 oz aluminum mini-kegs, too.

I need to go back to try their food. Plus, the beer is really fantastic. It’s a tiny little place, it’s a bit hard to get to, and their social media is a little post-dated, but they are still there. It is worth it to go.

But tell them to make more beers. I’d like to see what they can come up with.