Disclaimer: I am a sucker for Belgian beers. High malt, low hops, inventive and complex yeasts, and sometimes sky-high alcohol contents. And I still want a Westy 12…

When I found out that Boca Raton was about to get their first production brewery, Barrel of Monks, and that brewery was going to focus almost exclusively on Belgian-style ales, You can imagine how excited I was.

I just didn’t expect how good it was going to be. And how it’s lovingly tucked away in… an office building?

Yep, that’s it. That’s the Belgian-inspired brewery and tap house. It looks like a chiropractors office from the outside, or maybe a storehouse for aluminum siding. But once you step inside…

All of that melts away, and you have a beautifully dark and rich brewery atmosphere.

That’s where I met my tour guide, Tasting Room Manager Zac Agran, American by birth but inherently British. He just moved back to the States about 6 months ago and fit right into the Barrel of Monks crew, working on brewing beers with Brewmaster/co-owner Bill McFee and Head Brewer Kevin Abbott, formerly of Due South and Funky Buddha.

The first thing we did was sample Nuance (Saison, 6.5% ABV), their Belgian farmhouse.

Nuance by Barrel of Monks

Zac had me try this first, since after a few tripels beating up on your tongue, some of the subtleties of the saison might get lost. I’d recommend that approach as well, since Nuance has a lot of delicate caramel and citrus flavors in it that might not be noticed on an overworked palate. It’s also a good deal smoother than many other saisons I have sampled, but still with a slightly rough-hewn mouthfeel. There is a lot of room for treatments with this beer, but it rightfully works wonders on its own.

From there we hit the actual, brewery floor. Barrel of Monks owns the suite with the tasting room next door, plus the space behind it all the way to the back. There’s a lot of square footage with ample room for growth.

The 20-Barrel brewing system was built specifically for them by Newlands and was custom designed to fit in their space and their equipment. Part of that equipment includes the coolest malt conveyor belt system ever, purchased from Dogfish Head. Instead of pneumatics which can further crush the grain possibly more than you want, this system uses teeny tiny little pads to gently carry the malt up to the brew system. 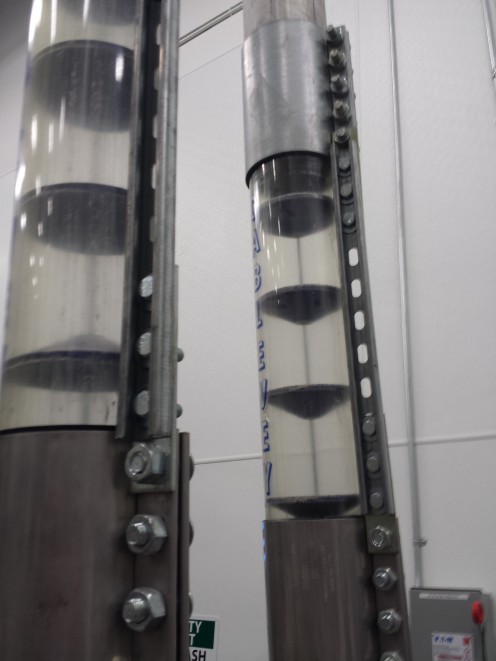 Everything is computer and remote controlled, from the cleaning system on the brewing tanks to the temperature controls on their 6 fermenters. It was a bit of a stretch for Zac, who was used to carrying sacks of grain by hand and jumping into 300-year old brewing tanks to clean them, to get used to.

Yeast is also key for Barrel of Monks, especially since yeast is probably the most important ingredient to get right for a Belgian ale. The interesting thing about Barrel of Monks is that two of their owners, including brewmaster Bill McFee, is they are doctors. Radiologists, to be exact. As a result, they brought a lot of their medical training to the microbial side of the brewery. Upstairs is their yeast lab, where they are able to perform a lot of quality control on their beer yeasts (they have 3 – two for the Belgian ales and one specifically for the saisons). They are also working on a yeast tank on the brewery floor, where they will be able to store and reuse yeast from batch to batch.

From there, we headed back to the tasting room for a flight of the four core Barrel of Monks beers, known as the Abbey Series. These beers are from recipes that McFee had perfected over the past 8 years. 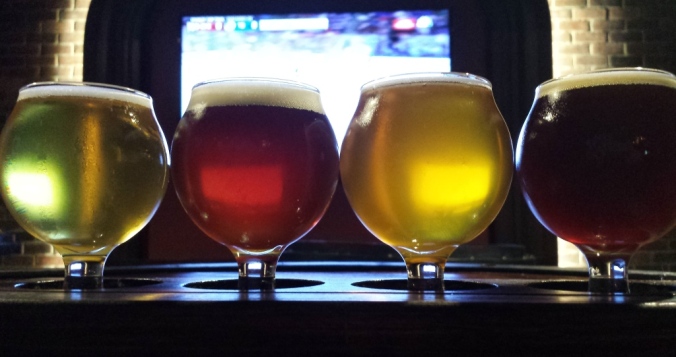 Flight from Barrel of Monks. And yes, that is the Tampa Bay Lightning in the background, as if I really needed any more reason to love this place.

The beers pictured above are ranked in strength from left to right, starting with: 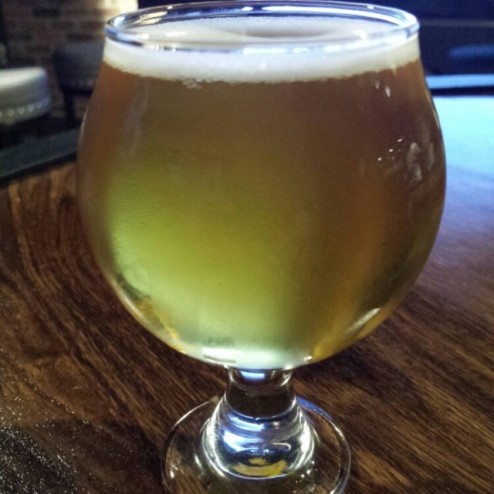 Singel in Brugge Singel by Barrel of Monks

Singel In Brugge Singel (Golden Ale, 4.5% ABV, 20 IBU) – This is a great starter beer, since it’s very similar to a blonde ale or a Pilsner, but still with a little bit of a Belgian kick to it. It’s moderately hoppy, but with a bready undercurrent that helps to sweeten the ale up just a touch. Beautiful bright straw color with a clean, snappy aroma.

Abbey Terno by Barrel Of Monks

For Abbey Terno (Dubbel, 7.5% ABV, 24 IBU), I’m going to refer to my review from Due South’s Mariana Trench release day. Zac did tell me, interestingly enough, that the traditional dubbel recipe is more of a brown ale. This is intriguing, since the tripel is so much lighter, yet stronger in flavor and alcohol. 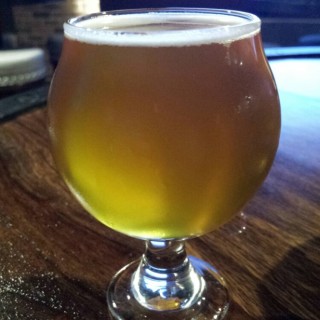 Three Fates by Barrel of Monks

And that tripel is Three Fates (Tripel, 9% ABV, 28 IBU). It’s a little stronger, but has a nice moderate golden color, like the singel. It also has a good sweetness coming from a fruity hop addition as well as big, malty yeast flavors. There’s a rough mouthfeel, like a saison, but none of the sourness. It’s all deep, heavy, and almost syrupy (almost). There are definitely some big spice flavors in this beer, with clove and maybe even a tiny touch of anise.

Quadraphonic by Barrel of Monks

Finally, we come to Quadrophonic (Quadrupel, 10.5% ABV, 32 IBU). This is a heavy, bold, complex, and flavorful beer, but drinks very light and smooth. It has huge notes of dark, sweet fruits, like currant, plum, and raisin. It’s not overly sweet, however. Those flavors are obvious, and predominate, but it’s not a fruit punch. Instead, you get those flavors with a deep, rich, roasted malty beer. This is excellent. It’s also not sessionable at all, clocking in at 10.5%. Pace yourself with this.

Of the beers listed above, both Nuance and Three Fates are currently available in bottles at the tasting room and around South Florida. There are also plans to bottle and release Abbey Terno and Quadrophonic in the future. Sticking with Belgian tradition, these beers are being released in 750 ml champagne bottles and are all being bottle conditioned. Hence the need for the heavy glass bottles.

Speaking of fermentation, Barrel of Monks carbonates their beers at three different levels. The first level is the bottle conditioning. Second is a more moderate level, a little over 2 volumes, which is used for kegs being distributed around South Florida. The highest level of carbonation, a little over 3 volumes, is used exclusively at the Barrel of Monks tasting room.

According to Zac, traditional Belgian beers are highly carbonated. If you were to pour a highly carbonated beer out of a standard tap, the beer would go straight to foam, hence the lower carbonation for taps around the area. Barrel of Monks compensates the higher carbonation with a row of taps imported from Belgium. This way, the beer is serves as close to authentic as possible. These taps are noticeably slower, however. Trust me, these beers are worth it.

It may be int he middle of an industrial park, and it may not look like anything on the outside, but inside this door is a fantastic tasting room full of some of the most flavorful Belgian ales South Florida has ever had the luxury of having brewed on site. My only complaint is their Instagram account features a little plush monk that I thought was going to be available for sale in the Tasting Room. Apparently, that is just their good luck charm they carry around, and not an actual sellable item.

This needs to change, FYI. Maybe I can persuade the owners over a few pints of Quadrophonic.