Brewzzi is a brewpub situated in the busy corridor of Glades Rd. in Boca Raton, just off I-95. They’re the oldest brewery in Boca Raton, and for quite some time have been headed up by veteran Brewmaster Matt Manthe. At least when he’s not at the helm on his hot new brewery Wild Oak Artisan Ales.

The restaurant itself is gorgeous. Beautiful copperwork is all around, complementing the exposed brick facades, dark woods, and oil lamps. 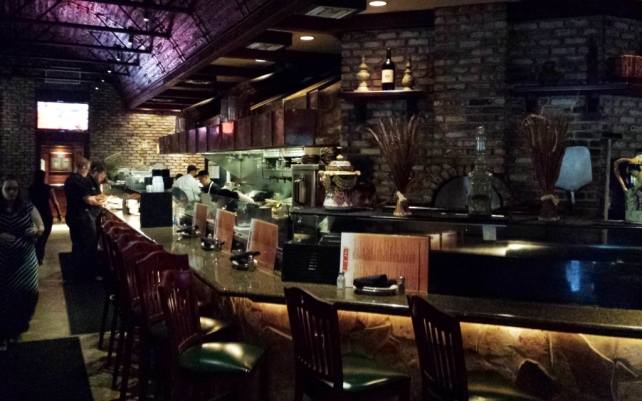 Plus, as you saw on the video above, their kettles are all copper jacketed. All brewing equipment is clearly on display behind the bar area. 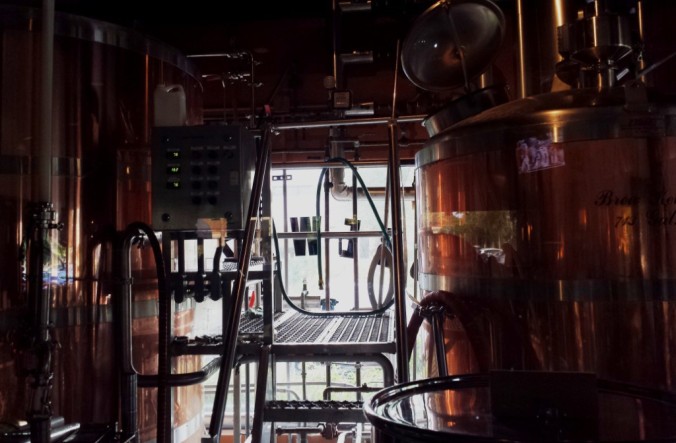 The food was quite good. My lovely wife and I had calamari, Korean BBQ-topped burger, and a fantastic Margherita pizza, all well attended to by our server Gina, who was quite enthusiastic.

But, of course, the beer. 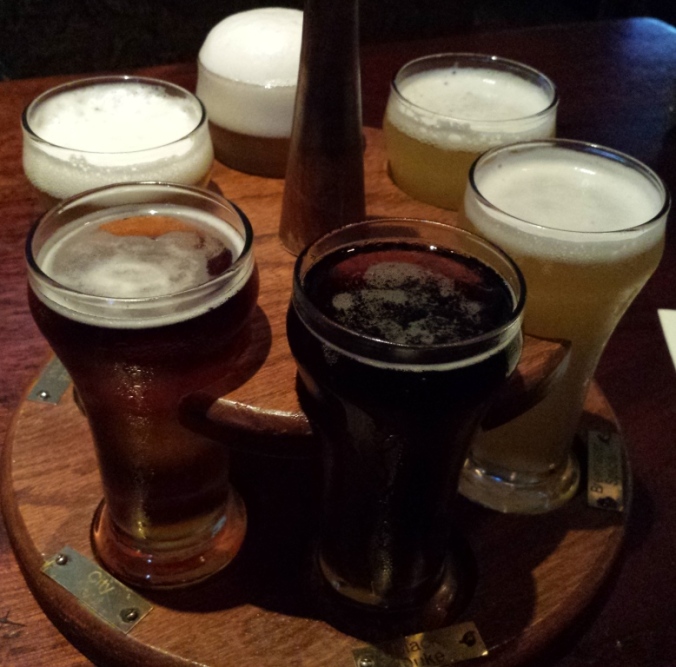 Unfortunately, while we were there, Brewzzi had just run out of their City Fest Vienna Lager and Boca Blonde, their signature Blonde ale. Not too worry, they had plenty others. Included in the picture above is White Wizard Wit from Boca’s Barrel of Monks; I will be saving that for another write up. 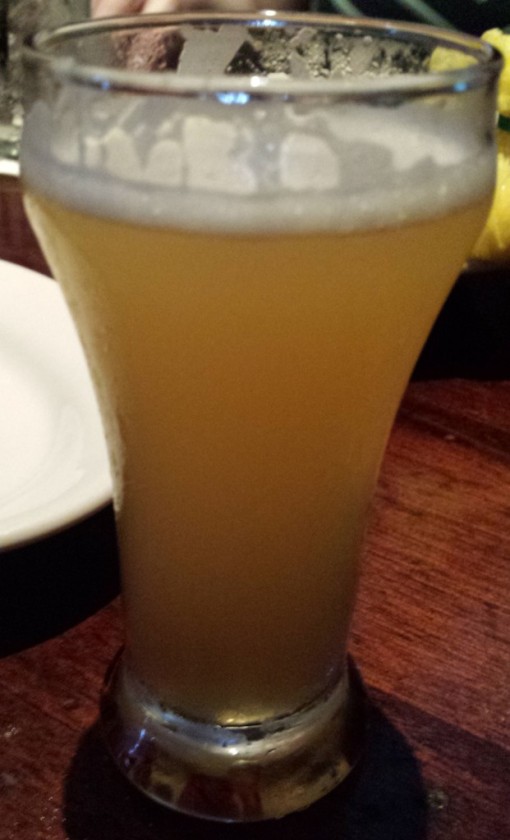 Farmhouse IPA (IPA, 8.3% ABV, 50 IBU) expertly matches the spicy, roughhewn qualities of a good saison with the citrusy punch of an IPA, but without an aggressive, overloaded hop bitterness. It was fermented with two different saison yeasts, which give the beer a light breadiness. There is a light hint of tropical fruit in the beer that comes through, but overall this is an expertly balanced beer. 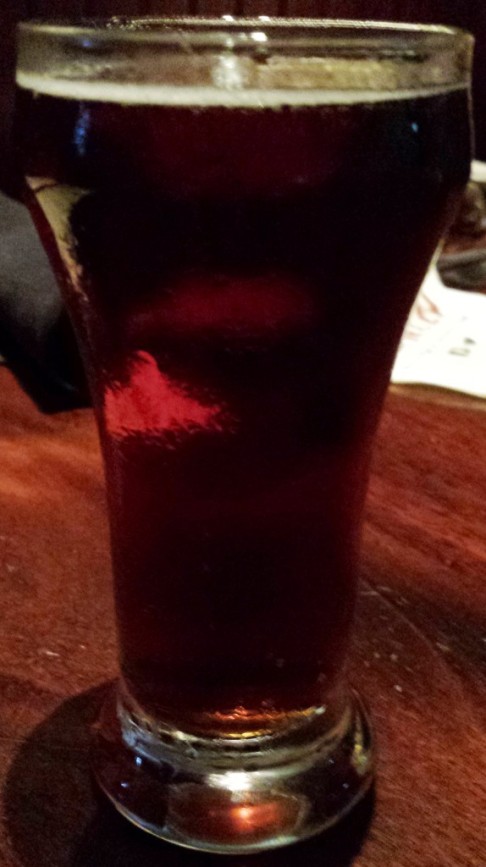 Black Duke (Schwarzbier, 7% ABV, 35 IBU) is one of the lightest porters I’ve ever seen. According to Brewzzi’s richly detailed beer menu, this Baltic Porter uses lighter malts than a traditional porter, resulting in a beer color that’s closer to deep red than anything black. It also ferments using lager yeast, which is one of the reasons why this beer is so silky smooth. It still has a lot of big, dark fruity character, especially plum, raisin, and maybe a little fig. Rich and flavorful, but still easily accessible.

To understand Country Fest (Vienna Lager, 5.5% ABV, 22 IBU), you have to understand City Fest, apparently. City Fest is Brewzzi’s award-winning Vienna Lager, a style noted for it’s light complexities and crisp, slightly sweet taste. Well, apparently the latest batch of City Fest went a little ‘rowdy,’ according to the beer menu. Instead of dumping it, Brewzzi discovered they liked the slightly richer malt and caramel characteristics and put it on tap as Country Fest, a less refined City Fest, I would imagine. It really is a good beer, with the caramel notes I described, a slight, snappy hoppiness, and just a bit more alcohol to give it a nice kick. This rowdy cousin needs to come visit more often. 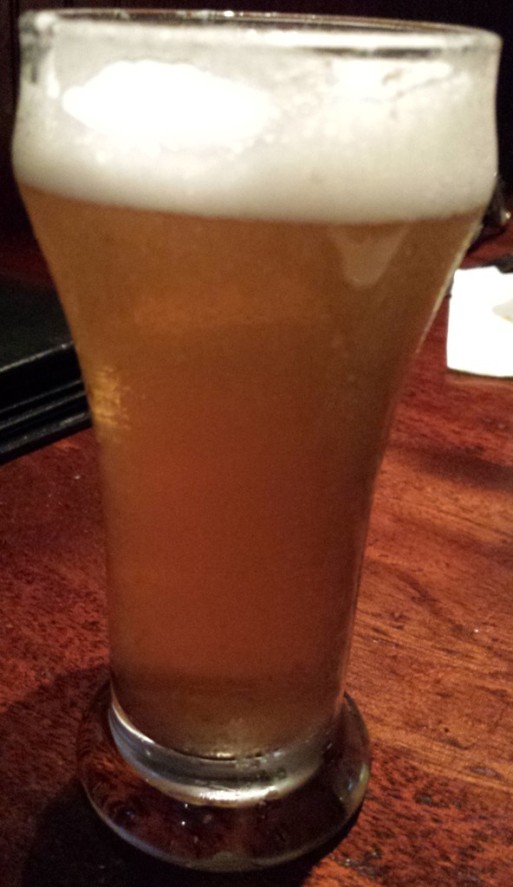 Finally, there’s a classic German Pilsner (Pilsner, 5.5% ABV), which is as close to a classic recipe as you can get. There’s no bizarre deviations here, just a rounded malt sweetness accentuated with a light noble hop bitterness that brings an earthy, herbal quality to the beer.

I actually tried two different varieties of the Pilsner. Ordinarily, Brewzzi has a tap of what the call Tropical Madness, which is a fruit-infused treatment of their signature Boca Blonde. SInce they were out of the Blonde, they treated their Pilsner instead. Today it was guanabana, a big, meaty fruit that sort of looks like a dungeon-inspired Nerf football. It’s not overly sweet, but gave the Pilsner an added dimension of herbal, savory tang that complemented the beer, especially the noble hops, quite nicely. I’ve had guanabana beers before, and it really is an excellent complement to the brew. 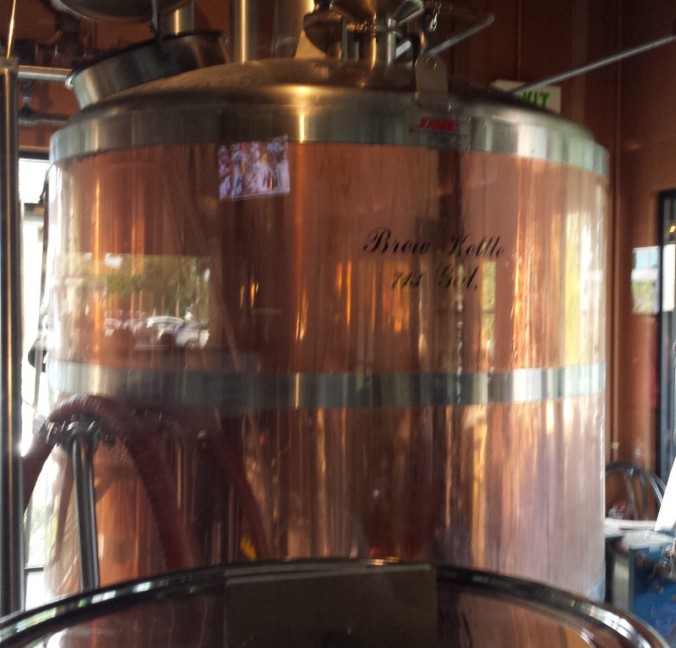 I surprises me that it took me as long as it did to go to Brewzzi. But we had a good time, the beer and food is fantastic, and I could definitely see myself going back again in the near future.

Hopefully Boca Blonde will be on tap.