Brian is a madman. Just saying.

Brian is a regional sales manager with Due South Brewing. Brian keeps running into me. And, as I said before, Brian is a madman.

I ran into him, again, at the recent Palm Beach Summer Beer Fest. He could have given me some of the lighter Due South beers they brought. Nope. Not going to happen. Brian goes for the big stuff. First up was Descension (Belgian Tripel, 8.7% ABV), Due South’s Tripel.

Descension Tripel by Due South Brewing

For such a high ABV beer, it’s remarkably lighter. It drinks more like a slightly heavier version of their Craft American Lager, with a lot of emphasis on bright golden malts.The taste is bready with a slight undercurrent of caramel and honey.

It doesn’t have the strong, funky nose of a traditional Belgian, however. That aroma is there, but it’s nowhere near as strong as Orval or Chimay. It’s understated and very inviting.

But Brian had another beer up his sleeve, one bigger and more, well, heavy. Cue the Ozzy.

When Brian gave me a mug of Mr. Crowley (Barleywine, 9.2% ABV), my first thoughts were that Due South had named a beer after infamous British occultist Aleister Crowley. That was a bit of a shock, actually. I had never expected it. 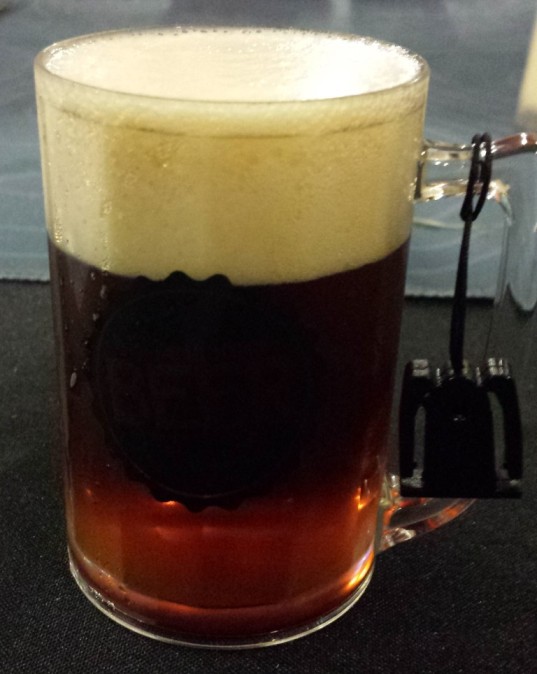 Mr. Crowley by Due South Brewing

There is nothing to be afraid of with this beer, however. It’s a classic barleywine; heavy, dark, and very rich. It has big, heavy notes of roasted toffee, coffee, and molasses. The high alcohol content tends to give the beer more character than any hops used in the brewing. It is very thick and chewy, and has a lot of dark flavor.

But don’t be afraid of it. You might want to be a little afraid of Brian, though.