It’s Florida. We tend to get a lot of beers named after fish here. Such is the case with the Spotted Sunfish.

It’s small, it lives in freshwater, and it’s particularly aggressive. It’s cranky enough to fool some fishermen into thinking they’ve accidentally hooked onto a tree stump by accident. That is why the fish has the interesting nickname of Stump Knocker (Pale Ale, 5.6% ABV, 42 IBU). 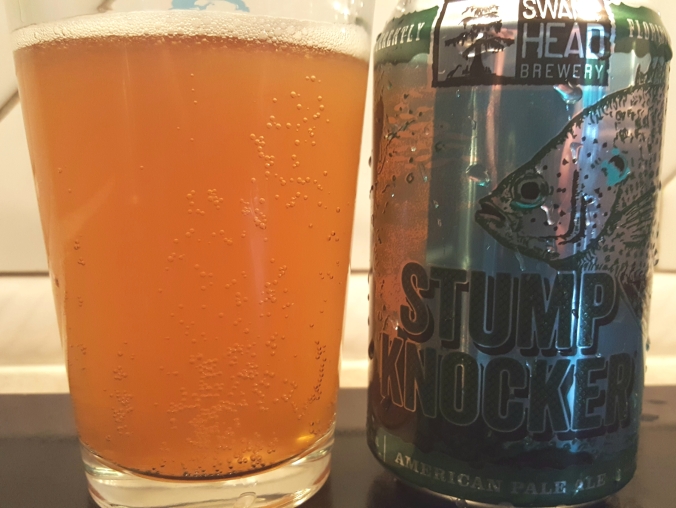 This beer is from Gainesville’s Swamphead Brewing, so you know it’s going to be artfully hopped. Those hops end up being Columbus, Centennial and Amarillo for this particular pale. There’s a slightly floral, slightly citrus quality to the beer, enough to be noticeable and enjoyable for hop-forward beer lovers that want a solid Pale but aren’t really interested in anything more harsh.

The malt base is pretty light and solid, brewed with Pale Ale, Munich, and Crystal 40 malts for a moderate biscuit quality. It’s a beer meant to be refreshing and finish clean, unlike its namesake.