Bradenton, Florida. It’s situated on the Gulf Coast, just north of Sarasota, and south of the Sunshine Skyway bridge and St. Pete. Originally known as Bradentown, it was named for local settler Dr. Joseph Braden.

Several notables call Bradenton home, including Snooty, who until his untimely death a few days ago was the world’s oldest manatee living in captivity. It’s where Tropicana’s juice production facility resides, and where the Pittsburgh Pirates hold spring training. Their facility, LECOM Park, is also home to the minor league Bradenton Marauders.

It starts in Peru with Darwin Brewing’s founder, chef Darwin Santa Maria. Learning his native cuisine, he and that knowledge emigrated to the U.S. and Sarasota, opening the Darwin’s on 4th brewpub.

Manning the brew kettle was Jorge Rosabal, a South American native himself who spent time in Germany learning the trade. Jorge’s recipes took off, and when Sarasota wasn’t interested in hosting a production and distribution facility, nearby Bradenton was.

The brewpub since closed and Darwin himself divested his share of the company late last year, but the brewery in his name still continues and quite nicely as well. Jorge still mans the kettles, turning out quite the dizzying array of brews.

They’ve also done partnerships with breweries in Pittsburgh, no doubt inspired by their connection with the Pirates spring training facility across the street. It’s close enough to where foul balls will sometimes land in their parking lot, and bands will sometimes perform with fireworks from the park in the background.

What’s really interesting is the ball park actually has a Darwin Brewing-exclusive growler fill station, the only place where people can buy plastic 32-oz. DBC & Pirates beers. One of those beers is the exclusive Orange City Lager (Helles Lager, 4.2% ABV), a fine, lightly sweet, and light bodied Helles rounded by Austalian and New Zealand hops. 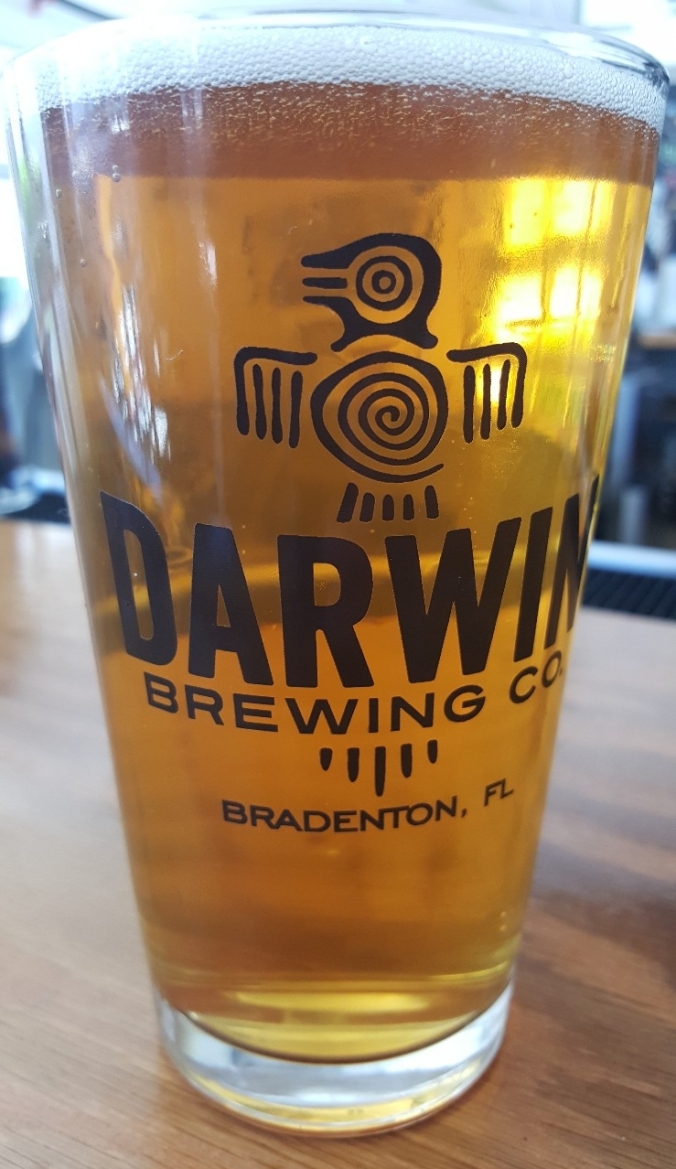 The name (chosen by their Social Media manager Eleni, the person gracious enough to set up a tour for my family and I),  named it after Bradenton’s nickname and past as a focal point for the Florida orange industry. I also figured it would be the best ting to start with when meeting tap room manager Kevin at 10 in the morning.

It was a good move. Kevin had other plans, though. This is the onslaught of samples that was suddenly thrown our way:

Marron (Brown Ale, 5.2% ABV) – Both Kevin and I lament the long, drawn out demise of the classic brown ale. People just aren’t brewing them like they used to. I don’t know why, it’s not like the style is bad. Take Marron, for example. It’s malty and sweet, with a distinct nutty character. How could anyone not love that?

Especially when Barrel Aged Marron (Brown Ale, 5.2% ABV) is also a possibility. It’s the same Marron, aged in bourbon barrels. The remarkable thing about this is the flavor from the barrels is there, but there’s no increase in ABV. It’s a – wait for it – sessionable barrel aged beer. Yes, Virginia, it is possible.

Charapa (Porter, 7% ABV) is easily my favorite Darwin beer. Always has been. The mixture of strong, roast-forward malts, bitter chocolate, local honey, & Peruvian Aji Charapita peppers in just the right amounts bring a tingle to the beer, not a flaming death dare. Incredibly rounded and fantastic. 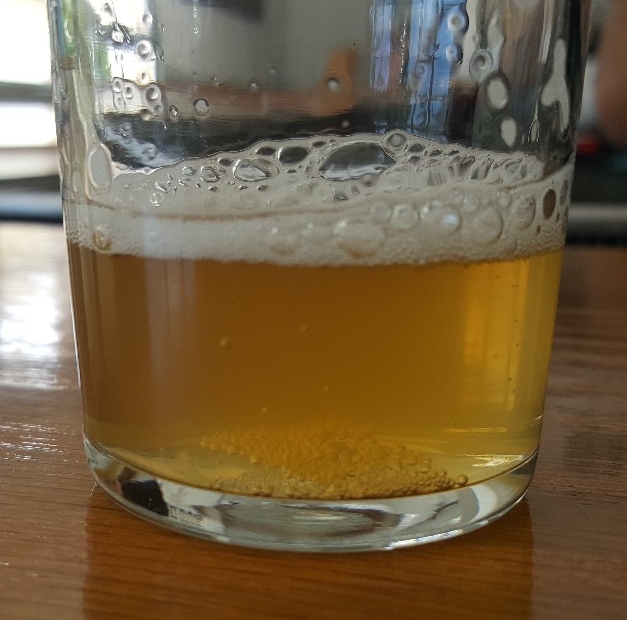 Jade (Pale Ale, 5.3% ABV) – This pale ale was brewed exclusively with Pacific Jade Hops, just enough to give the beer a deliciously fruity quality without being overly bitter. Alpha acids are not nearly as important in this beer as was the flavor. A particular favorite of Kevin’s, and for good reason. 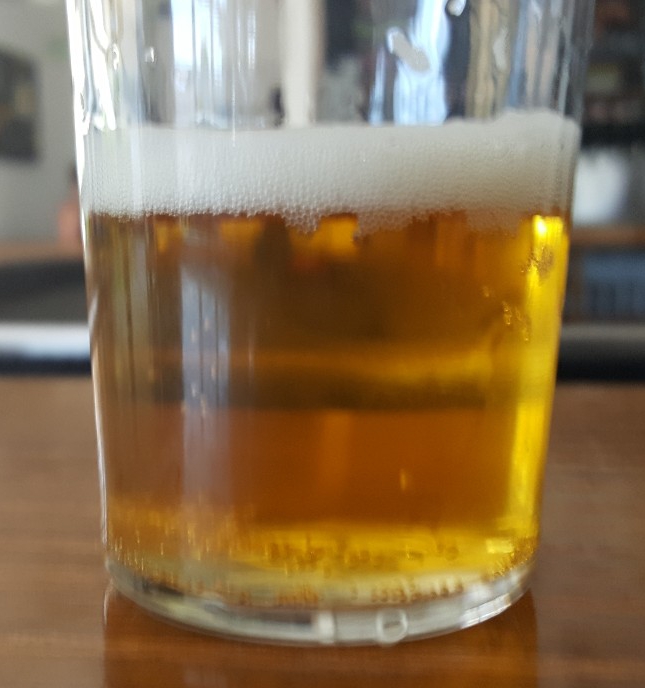 And if you’re not interested in the tang, you need to drink more and more of their Cranberry Lemon Ale (Pale Ale, 5.2% ABV). The beer almost drinks like a shandy, it’s that smooth and sweet. Big on the lemon, moderate on the cranberry, insanely refreshing. 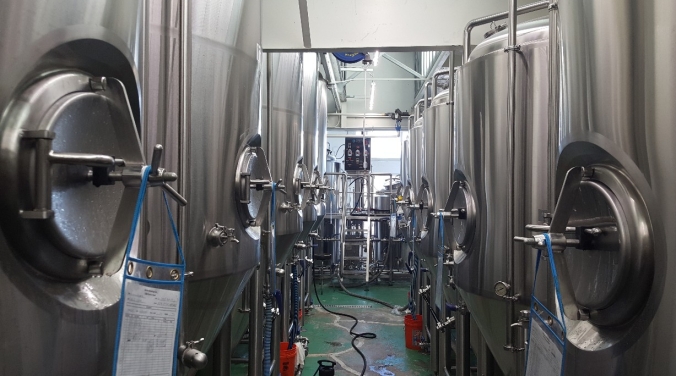 Jorge took us in the back, where Darwin’s now sole owner Bill Cornelius was helping out with a fresh canning run of Llama Mama Milk Stout. It took a lot not to quietly slip a case under my shirt and go about my merry way.

The facility, while not enormous, is packed with tanks of every size, a 15 BBL system used for everyday brewing, and the old workhorse brewing system that used to be stationed at Darwin’s on 4th. There are a few very small places available for expansion, and the order for those tanks has already been placed due to the high demands of supplying beer throughout the entire state.

And, of course, the baseball stadium across the street. We left since a high powered-looking meeting was abut to start with the entrance of Darwin’s General Manager Matt Cornelius, whose handshake is reminiscent of having your arm caught in industrial machinery. 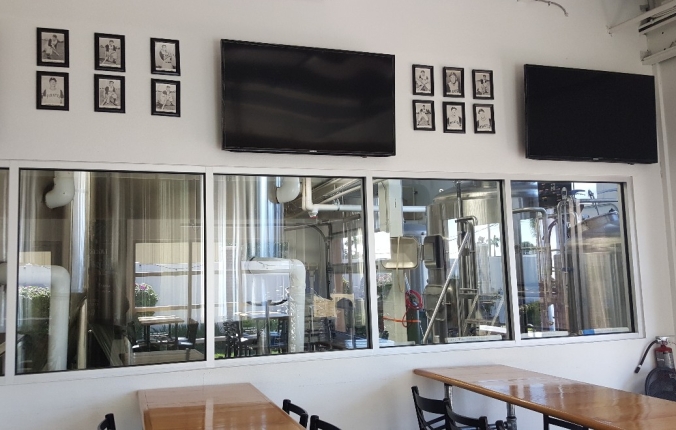 I am looking forward to more from DBC, including a pumpkin chocolate ale that Jorge is working on as we speak. Naturally, if they release it – like the soon to drop Cranberry Lemon – I’ll be writing about it. Special thank you to Eleni, Jorge, Kevin, Matt, Bill, and the entire team at Darwin for their great and welcomed hospitality.

Now, can they please make a beer to memorialize Snooty?