Because of an innocent joke that snowballed just a bit too much, my wife and I have a thing for keys. Long before you saw them everywhere, we kinda had them as our little thing between us. They featured in our wedding, there are keys all over our home, and my wife even has a key inked on her. It’s gorgeous artwork on a beautiful woman.

Recently we, naturally accompanied by our beautiful daughter, vacationed on the Gulf Coast. We will go to a few breweries, but those breweries are always better when they operate more like brewpubs, and everyone can also get lunch/dinner while mom and dad enjoy a few. Once we saw that Bradenton had one such locale named 3 Keys, it was a foregone conclusion we had to go. 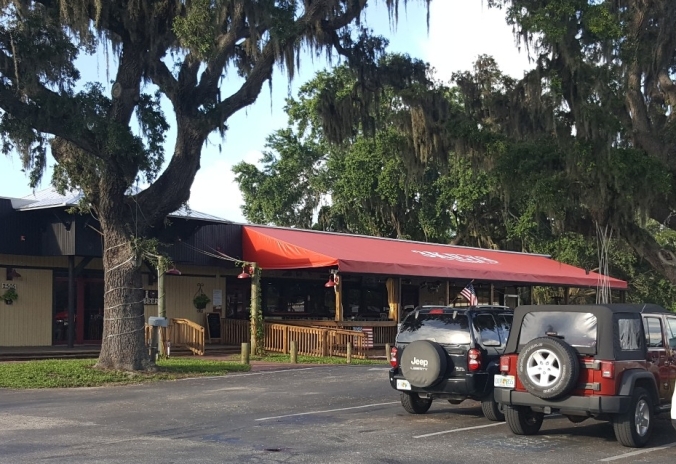 3 Keys is, without a doubt, the most unapologetically family friendly brewpub we’d ever seen. There is literally a kids section of the seating area, stacked to the brim with books, games, and cartoons running constantly.

Seating is ample, most tabletops are actually laquered front doors, and many of the regulars had their kids just doing their thing while the adults chatted and drank.

Looking at the background of 3 Keys, the emphasis on family is pretty obvious. It was started by two Army vets that met in Kentucky and moved to Sarasota in the mid-90’s. They and their three kids (also Armed Services vets themselves) took a massive road trip cross-country in 2014, ending I early when they realized their dream of opening a brewpub couldn’t wait any longer. Meet them below, and special props to their brewmaster son Scott for his Lightning mug.

What they’re not mentioning is that they’re basically living saints, fostering almost 100 special needs children and adopting 3 of those into their family. It’s frankly incredible.

Food-wise, really good stuff. It centers a lot on waffle sandwiches, with things like pulled pork and spicy chicken piled with cole slaw on their special beer batter waffles. They even have kids menus, which I found pretty good for our little one. They even gave me her juice box on the same board as my beer flight (I adore the little touches like that). 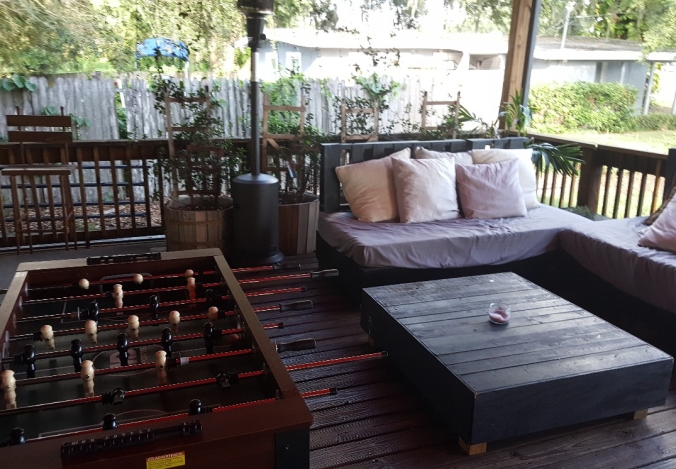 Apparently their beers do a lot of changing around, so I can’t guarantee what is going to be on tap at any given moment. That being said, here is what we were able to try when we weren’t chasing my daughter around their outdoor stage:

Double Nickel (Stout, 6.7% ABV, 45 IBU) – A strong, flavorful stout with a thick and hearty malt bill. Just the right amount of flavor and somehow manages to not  to be excessively heavy.

Kolsch Me Ousside (Kolsch, 5.2% ABV, 26 IBU) – As much as I hate the fact that it was named for one of the worst Floridians I’ve ever had the misfortune to see, this Kolsch is a light, slightly fruity, incredibly drinkable beer that is incredibly approachable.

Sir Mixon-A-Lot (Cream Ale, 5.6% ABV, 18 IBU) – The name makes sense when you realize the oranges came from nearby Mixon Farms in Bradenton. That sort of local freshness is very evident in the flavor, so much so you can practically taste the juice still inside.

It’s worth a shot to peruse their website; they are goofy and have no reason to apologize for any of it. Of course, the good food and good beer help a lot too. It’s a shame they’re so far away, though. It would be a great place for  simple lunch on a regular basis, great beer notwithstanding.

I can’t promise I wouldn’t take off with some of the key décor, though.