Have you ever gone someplace that you simply did not want to leave? Once you step in and settle down, it’s almost like the entire place was built just for you?

That’s what my last trip to The Tank was like. I was in the area and stopped by so that I could interview their owner Carlos Padron. You’ll hear that interview on the next episode of the Florida Beer Podcast, and it was fantastic to hear his take on the Florida brewing industry from his background as a lawyer and tobacco importer.

That background is very important when you realize The Tank is one of the few places in the State of Florida that brews their own beers and sells cigars on site at their walk-in humidor and cigar lounge, The Family.

Mind you, The Family rivals most cigar places I’ve been to and is a far cry from a small humidor cabinet off in the back of a Tap Room. The Tank has an excellent selection, owing to Mr. Padron’s relationship with the manufacturers of Plasencia cigars. 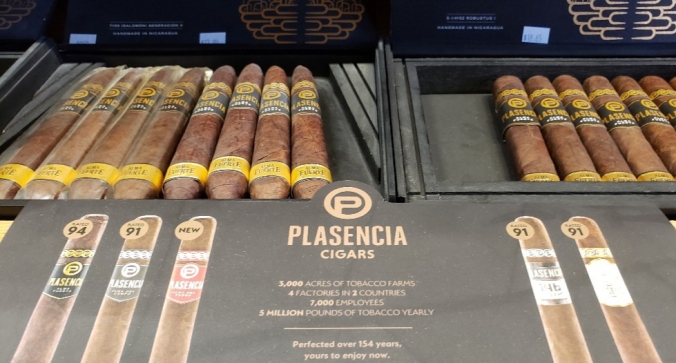 And it was in that cigar store, laden with dark wood, plush leather chairs, and a couple of domino tables that had seen quite a lot of use, that Mr. Padron and I did our interview. 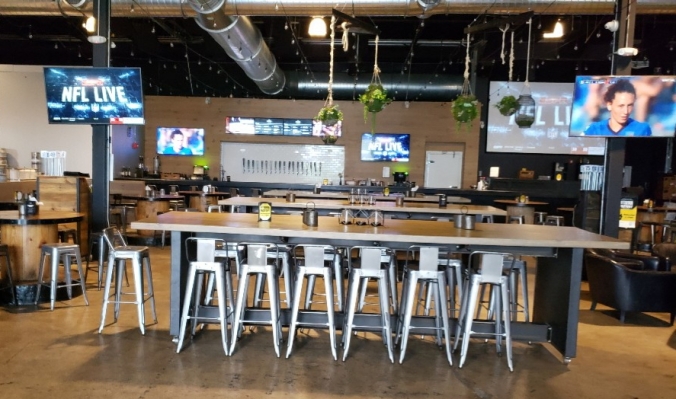 Cigars really are an integral part of The Tank experience, not just because of Mr. Padron’s background. They really go for the complete Miami feel, and their current cellarman, who I met, not only brews some of the beers we tried but also worked as a cigar roller and Central America for many years.

It was great to hear him talk about how intricate both of these industries are, and you get a great feel for the passion that the entire team at The Tank has for both of these products.

There were two beers on tap that day that I really went for. The first and biggest draw I had was their Rye-Lingual Stout (Stout, 6.5% ABV), a bold Stout made with a healthy dose of rye in the grain bill. That gave the beer a very interesting, almost spicy quality. As if the bready standard roasted barley had some of that sweetness taken away and replaced with a woody, almost grassy aroma and flavor.

It was very mature, nice and bold, and it held up very nicely with the cigar. The other beer that we both had was All Barrel, No Adjuncts (Imperial Stout, 11% ABV), a collaboration with the recently opened 3 Sons Brewing in Dania Beach.

As the name might suggest, this bold imperial stout was barrel-aged, but without any of the crazy, dessert-forward adjuncts 3 Sons is known for. What you got was a big and flavorful Imperial Stout which had notes of oak and bourbon, blended in a beer that was remarkably smooth and hid its ABV very well. It was easy to drink, bold and yet still inviting.

With the quality of beers, the great knowledge and wonderful hospitality from the employees, and of course the cigars and atmosphere, I kind of want to live at The Tank. I’m not sure how Carlos would feel about having somebody live there full-time, and I am not sure that my family would approve of the move, but I may be too cozy in those black leather chairs to mind.

Or maybe I should just keep this as a visit-only sort of location.

NEW COVID-19 EPISODE! We keep the quarantine train rolling with KJ and Jillian from @leavenbrewing! We talk about their business changes and how they've adapted to this new normal. Find the Florida Beer Podcast now on your podcasting app of choice! Link in bio. #florida #craftbeer #drinkfloridacraft
So we're going to try a thing, Sunshine State Happy Hour! Starting on Wednesday at 5 PM, join us and special guests from Florida and beyond to drink and talk and whatever for, like, 15 minutes or so. It's on Facebook Live for now, so find us at FLBeerBlog, and we'll post the videos on Youtube/Insta/Twitter after the fact. Come join us and our first guests this week @craftbeerballers @benedictbeerblog and @tapthatazpodcast starting Wednesday at 5! And if you want to join us, drop me a line! #Florida #craftbeer #drinkfloridacraft
Curry and @ancientcitybrewing. Gotta make the best of the quarantine, and doing pretty well right now. #florida #craftbeer #drinkfloridacraft #couldbeworse #heytherecoolcatsandkittens
So we are going to start doing some live streaming in the coming days... Sunshine State Happy Hour! Afternoons @thegreatbeeradventure and I will drink beer, talk beer, invite guests and more. What's the best way you think we should do our livestream? And do you want to come on? Reach out and say hello! #florida #craftbeer #drinkfloridacraft