Beer is beer and beer is good, but it’s always magical when the rum fairy shows up on my door.

Not only have I always been more of a rum drinker when it comes to liquors, but there is a certain satisfaction I get from knowing I can purchase an alcoholic product whose ingredients come entirely from within the state of Florida.

There’s a lot of great rum distillers popping up around the state, but one of my favorites is Wicked Dolphin. They’re in Cape Coral, the Fort Myers area, and they’ve got a great array of rums. This includes a vanilla bean rum that has to be tasted to be believed.

They came on my radar after releasing the first bottle in their Brewers Series of rums. Basically the distillers at Wicked Dolphin all have a homebrewing background. They even create recipes for Big Blue Brewing, a brew pub in Cape Coral also owned by Wicked Dolphin. 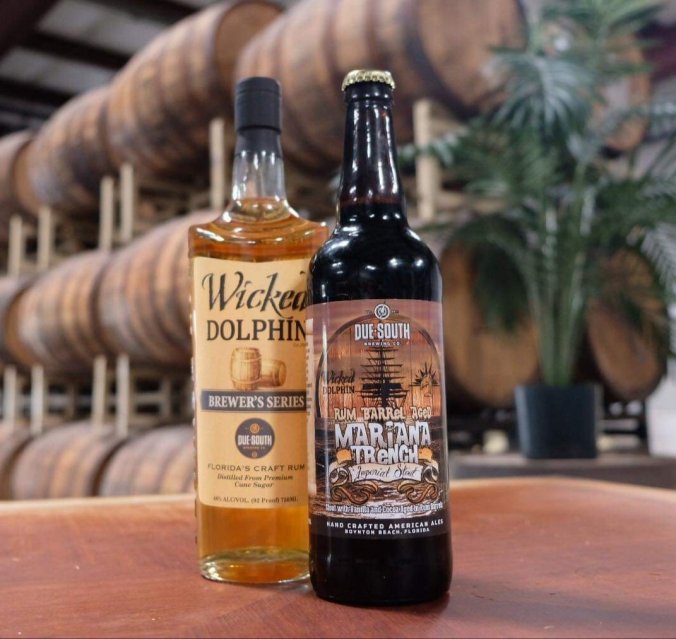 It is now time for the second in their Brewery Series to come out, and this time they partnered with Due South Brewing in Boynton Beach. We just released a great interview with Due South’s marketing manager Doug Fairall and distiller Paul Cottrell from Wicked Dolphin on the Florida Beer Podcast. 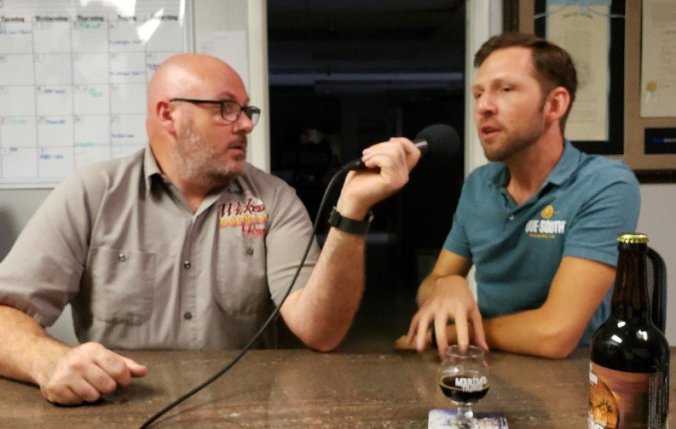 I recommend listening to it, but I would probably make sure to have at least one beer in you before you do.

During that interview, we got to sample the last of that beer, Wicked Dolphin Rum Barrel-Aged Mariana Trench (9.8% ABV, 50 IBU), which was the beer they aged in a Wicked Dolphin Barrel before sending the barrel back. 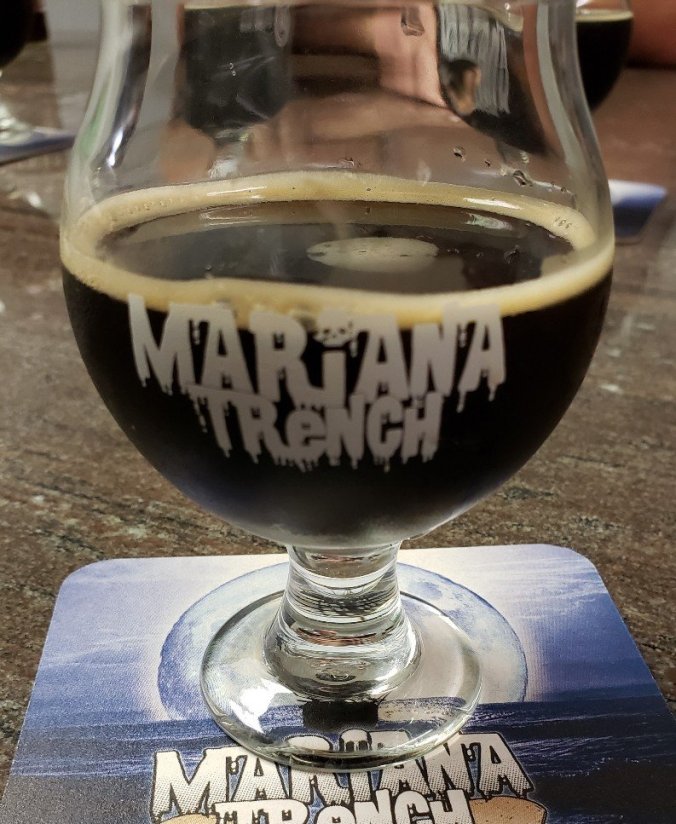 Mariana Trench is a fantastic imperial stout anyway, and having a nice soft oaky finish that’s laced wonderfully with a soft rum warmth is incredibly pleasant. It doesn’t have a strong, boozy feel, just flavor and an incredible aroma and mouthfeel.

I am bragging somewhat, as the beer is no longer available, having raffled off the last few bottles later that afternoon. But it was definitely an enjoyable event beer to have.

But it wasn’t the only beer that we had. I tend to like lighter beers to start off with, especially if I know that something big like an imperial stout is in my future, so I actually started with Spa Day Cucumber Saison (Saison, 3.3% ABV), using a wonderful Florida cucumber adjunct that breweries are getting very fond of using. 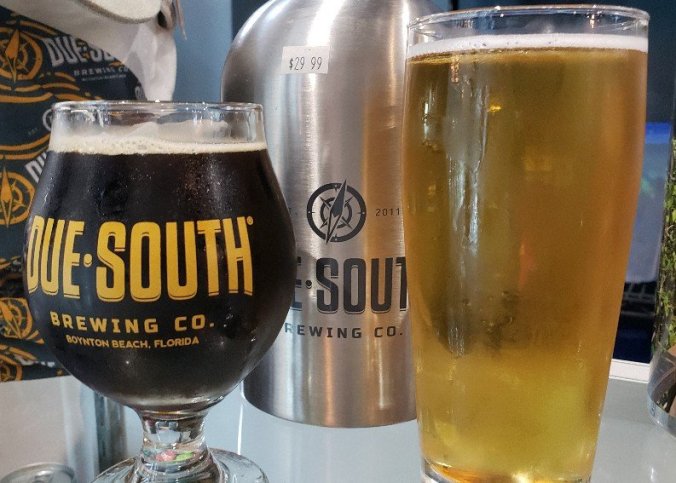 We also went for a pint of the Mixed Berry Porter (Porter, 8.5% ABV). It’s interesting and that it tastes and feels like a milk stout but without any lactose in it. That’s the kind of smoothness and simplicity and body that this beer has.

Somewhere in the back, though, you get an electric zing that comes from a mixture that includes raspberries and blackberries and other berries that Doug rattled off to me faster than I could really write down. It was a lot more rounded and meaty that I expected, but it still had a fluffy and velvety body to it.

It’s very refreshing, and would be perfect for Florida weather once you convince people to drink a dark beer on a hot day.

Or some Wicked Dolphin rum. Or both. You honestly can’t go wrong either way.