There are few things that scream ‘Florida retiree’ more than PVC furniture. And if you have never experienced the majesty of a 6-piece patio set made out of PVC pipe, you simply don’t know what you’re missing.

It’s always been a part of living in Central Florida, and my retired grandparents were very prodigious at purchasing and using it around their home. It’s moderately comfortable, usually with some sort of water resistant plastic plush cushion, as good as you can get while sitting in furniture made out of plumbing equipment. END_OF_DOCUMENT_TOKEN_TO_BE_REPLACED

Quoth The Raven, holy crap is this intense.

I have a soft spot for Gothic horror. I think deep down most people do, too. The first place everybody tends to start is Edgar Allan Poe, whom I enjoy. The Cask of Amontillado and The Tell-Tale Heart are two particular high points for me.

Do I find him as frightening as HP Lovecraft? Not really, but he’s still a great read. And, at this point, I’m pretty sure every single high schooler in the nation has read The Raven at least once.

END_OF_DOCUMENT_TOKEN_TO_BE_REPLACED

Before they even opened to the general public, Concrete Beach Brewing in Miami released one of their recipe creation contests. Basically, people submitted an idea for a recipe, the brew team took a look through them, and decided on the one they like the best.

I was lucky enough to win that contest, coming up with an idea for a Mojito Cream Ale, because 1) if there is any drink that is more quintessentially Miami than the Mojito I haven’t found it, and 2) I was sick of IPAs. We hadn’t yet gotten to the great lager explosion in craft beer, and apparently all of the other recipes included some form of tobacco which wouldn’t sit well with the long arm of the law. 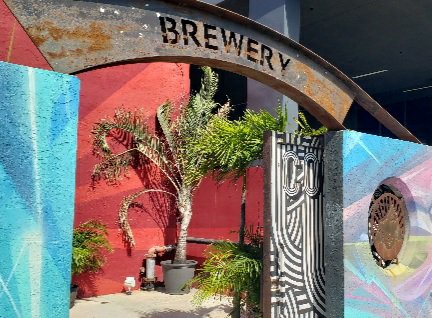 END_OF_DOCUMENT_TOKEN_TO_BE_REPLACED

I have had more than one conversation this week about the frustrating trend that Florida brewers do not allow their dark beers to actually stay dark beers. They always have to be fruited or dessertified or treated with some sort of adjunct that turns a beer into an ice cream sundae.

Do I enjoy those beers on occasion? Yes. I’m not going to say I don’t, because any reader can testify they come down the pipeline on my social media on occasion. Do I think that is the only way Florida can get notoriety in the in the craft beer industry? No.

END_OF_DOCUMENT_TOKEN_TO_BE_REPLACED

I’m not even going to get into how crazy Miami-Dade craft beer is starting to become. It seems there was very little in the past few years, and that has all given way to an explosion of craft breweries around the county.

And a lot of these cities have not had anything like this before, but now find themselves home to a craft beer outpost. Hialeah is one such location, and it now has Unbranded to add to its name.

END_OF_DOCUMENT_TOKEN_TO_BE_REPLACED

That chocolate has been used in many a dark beer is no great shock at this point. The recipes of chocolate stouts, however, have started to take a turn towards specific inspiration from and outwardly labeling themselves as ‘Mexican Hot Chocolate.’

Basically, this is your cocoa nib-laden stout or porter, with the addition of vanilla and some sort of chili pepper. Sometimes you’ll also get cinnamon or other adjuncts thrown in the pot as well. With some recipes, you taste all of these adjuncts in abundance. Sometimes they’re nowhere to be found. But I’m a big fan of stouts and of anything hot chocolate (especially spicy hot chocolate), so I will easily try any of them that are placed before me.
END_OF_DOCUMENT_TOKEN_TO_BE_REPLACED

I have the feeling that with the quarantine continuing on the way that it has, you’re going to start seeing Walking Tree show up in a lot more locations, both restaurants and in package. They’re a moderately big brewery, they’re an excellent brewery, and they’re really trying to take a leadership role when it comes to Florida craft beer working with the Department of Business and Professional Regulation (and I need to see how that meeting went)

All of this is to say their footprint is starting to really expand. Being in Vero Beach, they’ve always been able to go North to Daytona, then ride I-4 down to Orlando. But they’ve never made too much of a push south, something it looks like they are starting to do.

END_OF_DOCUMENT_TOKEN_TO_BE_REPLACED

With all of the massive hype, online reservations only, shipping to the other side of the world beer releases out there, I love that we have breweries that will go the exact opposite and not only release clean drinking beers, but even lighter beers. They know that’s how you get your macro drinker down the rabbit hole and into the wonderland we so famously enjoy on a regular basis.

Hop Life Brewing in Port St. Lucie can do both, and they can do them both very well. I’ve had some of their crazier, more ‘out there’ beers and they’ve hit every note on those correctly.