Personally, I have a love-hate relationship with the hop. It’s got a wonderfully juicy flavor, but is also incredibly high in alpha acids leading to a really high bitterness.

Occasionally, though, I come across a beer that allows the Citra flavor to shine without being an all-on assault on taste buds.

My buddy Rauf Khoffner in downtown Ft. Lauderdale made one of those with his Citra IPA (IPA, 6.5% ABV), which released on Friday.

END_OF_DOCUMENT_TOKEN_TO_BE_REPLACED

All of that has changed, and changed dramatically. Beer has finally been recognized for the depth and breath of its recipes and possibilities. Interestingly enough, now wine and spirits want in on the fun.

Wine’s big contribution to the craft beer boom is the incredible variety and availability of barrels for beer aging. All kinds of styles, red and white.

LauderAle got their hands on a few barrels and used it on their Sizzler Saison, releasing a new offering of Chardonnay Barrel Aged Sizzler Saison (Farmhouse Ale, 6.8% ABV, 27 IBU). 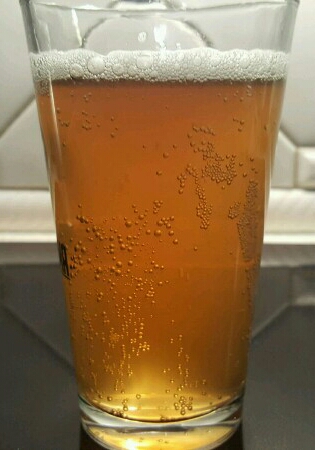 END_OF_DOCUMENT_TOKEN_TO_BE_REPLACED

A few weeks ago, I started writing about my recent trip to visit Rauf Khoffner and his new Khoffner Brewery USA in Ft. Lauderdale.

To say i got the hookup is sort of an understatement, since i was greeted with a flight of everything they have on tap. Which is a lot.

My original article contained my thoughts on their incredible W.G. Hefeweien, and I’ve written about their Reserve Raspberry Chocolate Stout before. This is sort of a massive data push of everything else they have available. Trust me, there are some real winners here.

END_OF_DOCUMENT_TOKEN_TO_BE_REPLACED

“When a brewer makes a beer, they’re not just making a beer. They’re telling their story about that beer.”

Speaking with Rauf Khoffner, owner and brewmaster of Khoffner Brewery USA in Ft. lauderdale, pieces of brewing wisdom such as this flow as easily from him as the delicately swirling smoke from one of his classic cigars.

END_OF_DOCUMENT_TOKEN_TO_BE_REPLACED

Rauf Khoffner is a Floridian by way of his native Turkey, where he grew up in his family’s brewery. After opening up two breweries of his own there, he moved to Ft. Lauderdale and opened up his first stateside brewery, Khoffner Brewery USA.

It’s close to downtown FTL, in the same physical building as South Florida Distillers (makers of the supremely smooth and flavorful Fwaygo rum). Yes, collaborations are on their way.

Rauf has been asking me to come by, and i will shortly, but first, I managed to get my hands on a growler full of yummy goodness, namely a Reserve Raspberry Chocolate Stout (Stout, 5.8% ABV).

This is an expertly crafted stout, brimming with a big and rich roast quality. There’s lots of coffee and dark molasses flavors, and a very dark cocoa quality from both the malt and the cocoa used.

Both of those flavors tend to be a bit stronger than the raspberry used, but that deep meaty fruit flavor is still present. It’s evident more in the flavor than in the aroma, but it’s still present and brings a welcome tang to a heavy and flavorful beer.

There will be more coming from Rauf and his new brewery. Production is starting to ramp up, and the last of this batch of Reserve Raspberry Chocolate Stout is currently sitting in oak barrels and will be ready in about 5 months.

In the meantime, look forward to more from Khoffner. I sure am.

What can’t be said for the awesome little brewery that is reached by almost driving into a security gate at Port Everglades and pulling a U-Turn at the last possible minute?

Plenty. They keep growing in leaps and bounds. I remember visiting them when they only had 4 beers on tap. Now you go and it’s tap handles for days.

Of course, I keep running into them from time to time. Saw them at New Times Beerfest in Ft. Lauderdale, actually. And, as luck would have it, they brought a few beers I haven’t tried yet. Beers such as:

END_OF_DOCUMENT_TOKEN_TO_BE_REPLACED

To understand South Florida hispanic culture, and the focal point of the community, you have to understand the role la familia plays. And not family in the sense of a nuclear Man-Woman-Kids family, but a greatly expanded sense of generations upon generations guiding and influencing the legacy of their children, their children’s children, and so on.

To see that sense of family in the Florida craft beer scene, you need only to travel to the Miami suburb of Opa-Locka and visit Legacy Caribbean Craft Brewery. 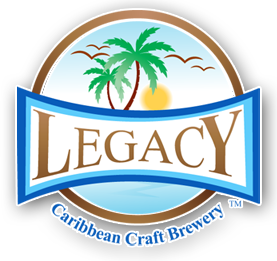 END_OF_DOCUMENT_TOKEN_TO_BE_REPLACED

Ah, pumpkin season. Which means it’s time for pumpkin beers. But what do you brew? Actual pumpkin or pumpkin spices?

Lauderale didn’t choose. They did both. And the more pumpkin of the two is the interestingly named Lordy Gourdy (Pumpkin Beer, 5.6% ABV, 29 IBU).